Free delivery when you spend over £20 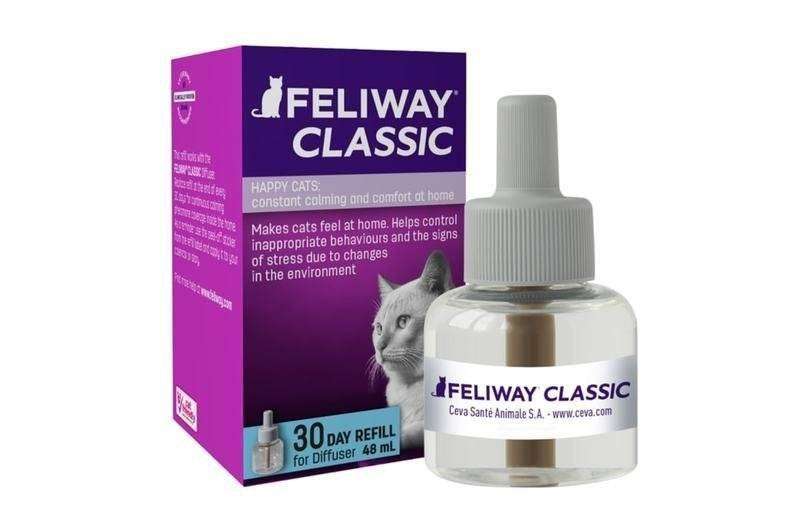 Pheromones are volatile chemical signals which are widely used for animal communication. When emitted by one individual, pheromones are then detected by other individuals from the same species, and affect their behaviour.

The message released targets other individuals but is also a reminder for the emitting animal. For example, a cat rubbing its face on its environment indicates this is it's territory to other cats, but also to him or herself for later on.

Feliway® is a chemical copy of one of the feline facial pheromones (F3) used by cats to mark their territory boundaries. A cat rubbing its face on its environment releases this pheromone.

This behaviour is performed by any cat (domestic cats but also big wild cats) everyday, and provides them with reassurance.

In a new environment, a cat will also automatically mark after some time, to make this place familiar and safe.

Cats also mark their territory with scratching and urine marking. When these behaviours occur inside the home, they usually indicate a cat feels stressed.

Feliway® diffused in the proximity of a cat mimicks this natural facial pheromone, as a reassuring message. As a consequence, it helps prevent or control undesirable marking behaviour.